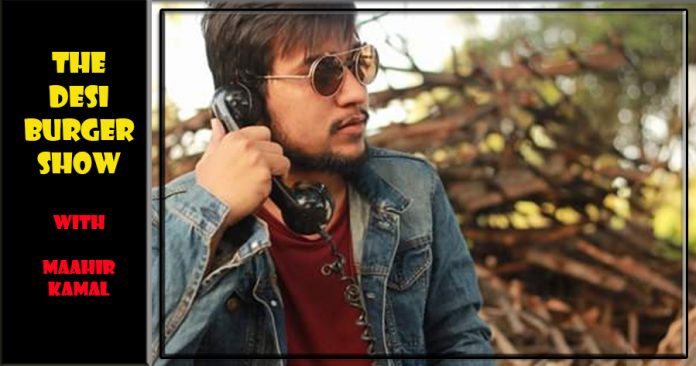 Aren’t you tired of all this falseness of the Drama Industry? If given a chance, wouldn’t you want to peep behind the curtains to see how your favorite actors and celebrities are behind the television screens? Would you not want them to shed the aura of being a celebrity every time the camera opens up, and see for yourself the face these stars would never show onscreen?

Well then you definitely stumbled at the right place!

APD Prime is now launching its “Desi Burger Show”, and trust me, no “Plastics” are allowed! No “eew-s”, no “awww-s”, basically no fake faces are allowed! The show will be hosted by Maahir Kamal, who doesn’t really like catering to mummy-daddy people out there!

Here’s a teaser for you all, shared by All Pakistan Drama Page!

That’s right folks, you gotta listen with a big heart, for sugar coating is just not their thing!

Desi Burger Show will be inviting celebrities from the media industry, including those who you see on screen as well as those who normally exist behind the cameras and are normally less appreciated comparatively. Other than that, we all know you could all do with some motivation to go on board with you, thereby the show will be inviting motivational speakers to give you the pump you need to start off your day!

Well well, if you are looking for drama, trust me we already have a lot of them on air these days. “Desi Burger show”, as the name definitely portrays, is going to feature an unplanned, unscripted show the likes of which Pakistan has not produced so far. The conversation would be like that between two great friends, with a casual environment, meant to reach the ears of the masses.

As seen from the teaser, the show has started off taking interviews and from the looks of it, Hamza Firdous jamal, the Tipu of record breaking drama serial “O Rangreza” and Tek Chand from “Ghugi” will be the first person on board! Looking forward to it!