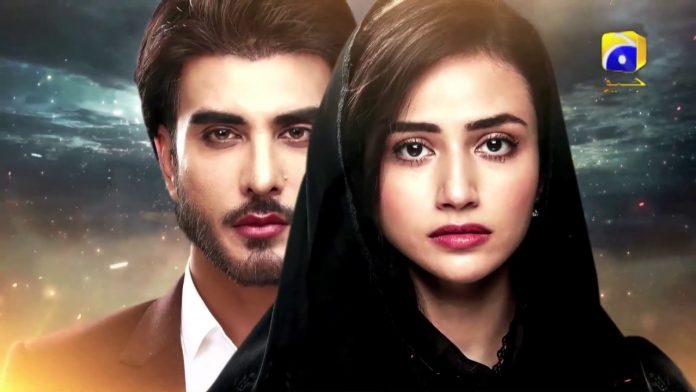 7th Sky Entertainment owned by Abdullah Kadwani and Asad Qureshi is known for bringing out dramas based on social issues wrapped in an entertaining plot. Darr Khuda Se is one of those drama that has managed to bring out a highly delicate social issue in a captivating story to keep the viewers entertained.

So far the drama has aired 25 episodes and it’s astonishing to see how well the drama has been carried all along. Even though the drama is slow paced, it is bringing out the desired response from the viewers by keeping them hooked episode after episode.

Afreen is the youngest daughter of the family, with an elder brother and a divorced sister. To support her parents, she has to step outside to balance the expenses of the house. Unfortunately her boss, played by Imran Abbas, is a womanizer. When Afreen fights back all advances made by Shahwaiz, he defames her and convinces her family against her.

Carrying the main plot of the drama, Darr Khuda Se is now heading towards a very exciting turn. After a series of events, Shahwaiz ends up marrying Tamkeen in order to keep Afreen in his life, and despite Afreen’s warning to everyone about Shahwaiz, the wedding takes place.

After Shahwaiz’s wedding with Tamkeen, a new side of Shahwaiz is out in front of Tamkeen and her family, and it’s hard to accept this side for her. It is apparent that Shahwaiz does not want a wife; he wants an obedient mistress to follow his orders.  Takmeen is also finally realizing that Shahwaiz is a psycho kind of a guy who can be romantic and charming in one minute and can turn into a wild man in the next minute. His constant requests to Tamkeen to stay in line and serve as an obedient wife are making her uncomfortable.

Darr Khuda Se is at a very exciting point and we are left with so many questions to process all at once. How will Afreen’s innocence be revealed? Will Kashif realize that his daughter is paying for the sin he has committed and confess his crimes in front of Afreen’s family? Raza has returned back in the drama but will Afreen lose him once again because of the bad label put on her character? We can’t wait to find out.

‘Khaani’ Continues to Rule Our Hearts after Surprising Results at the...

Affan Waheed First time talks about his divorce in Rewind With...