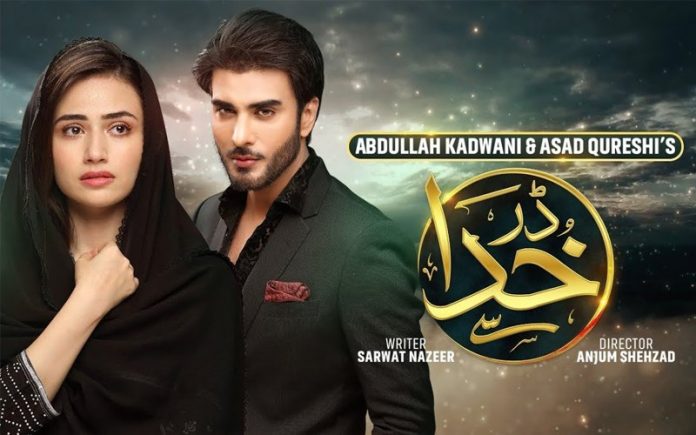 Darr Khuda Se is yet another mind blowing drama by 7th Sky Entertainment, the master work of Abdullah Kadwani and Asad Qureshi. The drama is one of a kind that gives a strong social message about work harassment and how our society makes it difficult for a woman to work outside her house. The drama stars Sana Javed and Imran Abbas as main leads who have captured our hearts with their epic performances in several dramas.

Episode 10 was the essence of Darr Khuda Se’s theme, as it shows a helpless Afreen surrounded by problems from all sides. This depiction of household problems and helplessness is no coincidence. In fact it is a very careful plot written by Sarwat Nazir to show that a working woman doesn’t always step outside her house for her own needs. She struggles for the comfort of her house to support her family, especially her parents. Yet, the society doesn’t fail to make life miserable for her every step of the way. Such is the situation of Afreen and we can truly feel her dilemma.

Shehla and Azhar continue to give a hard time to their parents, Shehla with her constant use of loud voice and bad language and Azhar with his blinding support for his wife instead of his parents.

Of all the problems surrounding Afreen, Tamkeen is another reason of her worry. She leaves the house saying she is going to meet a friend, but doesn’t return home till the late hours of the day. Afreen spots her eating ice cream with Rasheed and immediately takes action.

We see Afreen’s character as a strong, sensible and decisive person who is the youngest in the house but behaves like the eldest, taking care of her parents, their financial needs as well as looking out for her siblings.

What we missed in this episode was Shahwaiz, who received a relatively small screen time. The only scene that shows his evil character in the entire episode is where he is watching a CCTV video of Afreen and takes pictures of her from it. Other than that, we barely see him play his true identity since her return to his office.

All in all, the drama may be moving slow, but as Afreen has joined back and from the sort of behavior Shahwaiz has developed for her, the story has still successfully kept us glued and we are hoping that we will see some major story progression in the next episode.

The Resham-Reham fued will leave you confused forever