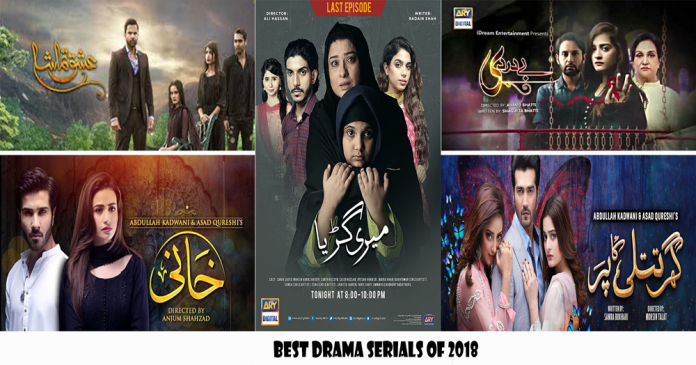 Up to date, the year 2018 has been a phenomenal one in terms of the quality of drama serials which the Pakistani media industry has produced. The best part about the entire tenure was probably the way new issues were highlighted, which brings to focus the mature and responsible nature of the entire industry.

Lets take a look back and identify the top five drama serials which lit up our otherwise boring routines and kept us entertained for a long long while! 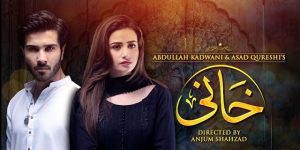 This blockbuster drama serial most definitely tops our list of the best drama serials of 2018.

The drama was directed by Anjum Shahzad, whose brilliant skills are quite evident through the spot on direction, beginning from the first scene up till the last! Lets not forget the story line, the credit of which goes to Asma Nabeel. Kudos to you lady, for not giving in to the general demand of an easy going story line and for re emphasizing the fact that “And they lived happily ever after” is better suited to the prince and princess of our story books!

A good direction and even a brilliant story line can be easily messed up by the actors, however, Feroze khan and Sana Javed did a fabulous job! Feroze Khan’s role as an antagonist suited him well, and Sana Javed as Khaani was fairly good herself. We hope to see the couple together on screen again! 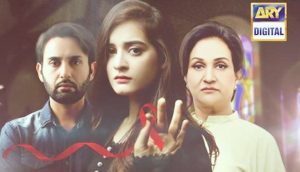 There are times when drama serials with extremely monotonous story lines are being aired which start becoming a headache rather than entertainment. At times like these, when such different topics start being highlighted, they become a sight for the sore eyes!

Beydardi drama serial, written by Shagufta Bhatti and directed by Ahmed Bhatti, sheds light on AIDS, which being a lethal disease as well as the myths surrounding its transmissions, is considered a taboo in our society. With the aim to spread awareness about the spread of AIDS, the drama takes us through an enticing story featuring Aimen Khan as Bia, and Affan Waheed as Rafay, and how their lives are affected by the deadly disease.

Converting, what feels like quite an ordinary story line, into a complex story which kept the audience hooked to see what happens next, Misbah Nousheen must be applauded for her brilliant writing skills.

Featuring the beautiful on screen couple of Junaid Khan and Aimen Khan, joined in by Kinza Hashmi’s commendable acting, the drama features a blend of love coupled with revenge and vengeance. The director Danish Nawaz, sure knows how to extract great work from his team!

And here comes the drama which has made headlines throughout the industry. Again a typical story with the same love/hate/revenge story we have been watching for decades, but this drama certainly proves how even a mediocre plot can be turned into something very interesting and catchy.

Featuring Sanam Chaudhry, with her brilliant acting skills as Anji, makes her definitely the show stopper! Written by Samra Bukhari and directed by Mohsin Talat, we cannot help but get entwined into this love-hate relationships showcased in this drama. 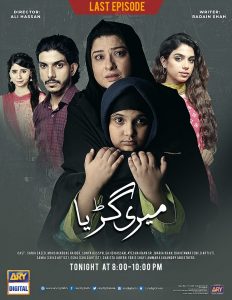 This drama serial, being the first of its kind, does an amazing job of highlighting a topic, the mere mention of which is considered a taboo in most conservative parts of Pakistan. As child abuse and rape cases become more and more common in the country, raising awareness about them in order to keep your kids safe becomes extremely important.

“Meri Gurya” with it’s absolutely bone chilling story was the first drama of its kind to approach the topic so boldly. It boasts of the remarkable acting of Mohsin Abbas Haider, without which the topic would not have made the impact that it did, coupled with Sania Saeed and Sonya Hussain’s remarkable chemistry.