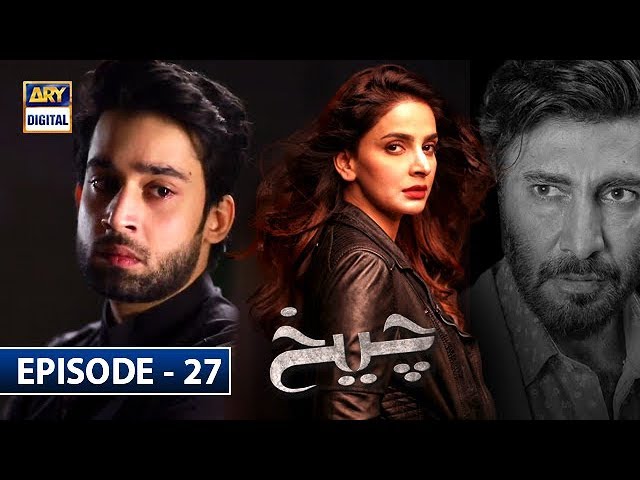 The lead cast of the drama includes the stunning Saba Qamar and handsome Bilal Abbas Khan. Both of them with their superb acting skills have received rave reviews by critics for their extraordinary enactment of their characters in this drama. They are aided by a brilliant star-studded supporting cast, primarily Aijaz Aslam, Noor Hassan, Nayyar Ejaz, Emmad Irfani, Ushna Shah, Azekah Daniel and Saima Qureshi.

The story is based on a social taboo issue in an urban society, where a woman faces all kinds of intimidation in her lone fight for justice. In the latest episode of Cheekh, right when everyone was expecting that Mannat will condemn Wajih for Shayaan’s death and Wajih will finally be arrested, Mannat does the opposite and tells the police that Shayan dies on his own. What a fantastic way to completely confuse our bad boy – Wajih.

Later on in the episode, in response to Wajih’s curiosity, she provokes Wajih that way he had always done to her. She tells him that she will compel him to own up everything in court during the 4 months of her probation and will combat him as per his own tactics now.

Whilst Saba Qamar seems to perfectly internalize her character here with her splendid acting prowess, Bilal’s knack of transforming himself from a doting brother to a shameful harasser outshines everyone.

Yawar understands that the weight of his own’s brother murder is too much for Wajih to handle and eventually would lead to his demolition, and it’s breaking him apart.

Shamsa finally gets a taste of her own medicine, when an unsuitable proposal of an elderly man comes for her daughter. She worries for her daughter’s fate now, wondering if it might end-up like Nayab. She not only shows her regret to Ramzan, but also pursues his forgiveness on behalf of Nayab. Both the veteran actors carried it effortlessly and Noor Hassan as the victim’s aggrieved father really took the show.

Overall the latest episode is a decent watch with evocative background and stellar performances by everyone. You can watch the episode here:

“Jawani Phir Nahi Ani-2” will give you Laughing Fits and some...