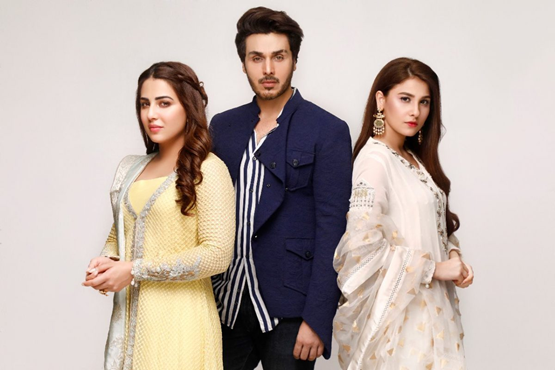 Bandhay Ek Dour Se continues to wow its audiences with its story and performances. 7th Sky Entertainment, under Abdullah Kadwani and Asad Qureshi have brought a show that is following the angle of a love triangle, but in a unique, unconventional way. A story about three people whose lives become interconnected with each other – it is checking all the boxes that audiences love about this genre. There’s deceit, jealousy, love and absolute heartbreak.

In the latest episode begins with Umer and Maheen spending the night at her place just because Umer wanted to meet Roshni so they could celebrate his birthday. When they return home, everyone is displeased with Maheen. Umer’s mother and grandmother tell her she’s doing what her mother has taught her. They think Maheen wants to create a distance between Umer and his family like her mother did with her husband.

After Umer’s birthday celebrations, Maheen tells Umer she cannot help him in meeting Roshni anymore. She refuses to go to her mother’s place with him each time he wants to see Roshni. Umer thinks she’s being selfish and isn’t thinking about what him and Roshni have to endure because of her. She tells him she couldn’t say no to getting married to him but he could have, then why didn’t he do that.

Umer and Roshni meet again. She tells him to take a stand and tries her best to bring Maheen in Umer’s bad books by saying she wants to claim her right on Umer. At the end of the episode, Maheen tells Umer that he should try to let go of Roshni so she can take a fresh start. That’s when tells her Roshni is ready to wait for him for the rest of her life in the hope that they will be together someday.

It feels like something major will happen in the upcoming episodes in the show and we are here for it. Bandhay Ek Dour Se airs on Thursdays at 8pm on Geo TV.