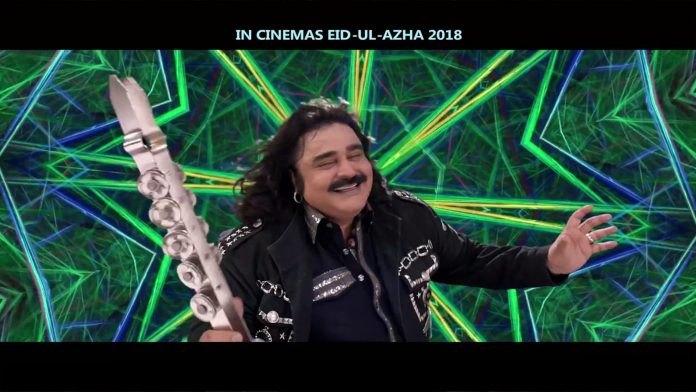 A monotonous debate has gone years after year after years, this sentence below now begs to be deleted.

Commonly used comparative expression across the Industry, it now feels like a mother-in-law taunting her new daughter-in-law for not making the roti ‘gol’ . The same has been said about Pakistani films that somehow, nearly always, fail to impress the critics. And perhaps, there can be some truth to it. After all, Indian songs last longer in our memories than Pakistan Songs do, including, even on our yawning, wedding DJ’s playlist (Should hire a patriotic DJ)

Then our collective existential, extra-terrestrial question comes in! Why? Why are we like this? (Like often we hear our mothers asking)

But behold! Do not underestimate yourselves, Pakistanies. With so many ‘whys’ and ‘hayes’, the beam of hope has no even flickered!

Jawani Phir Nahi Ani 2 and Arif Lohar’s comeback proves that we can still produce songs which will be played in cars, and shadies and ‘barbadies’ in elections of our least favourite political parties. (Just saying)

The fresh lively beat to Lohar’s famous ‘Chimta’ with a mix of Ahmad’s rap makes “Tillay Wale Jooti” likely to be the biggest hit of the year.

The song has all the flavours; it is fresh, energetic, and the music video has done justice to the song which, of course, has been directed by the talented Sohail Javed.

Sohail definitely gives a funky quality to the video, much by utilizing a little bit of an electro flare to create some heat and imagery. And the presence of our beloved ‘boys’ including Arif lohar has amped up that fusion tenfold.

The much-awaited sequel of ‘Jawani phir nahi ani’ has been directed by Nadeem baig and is expected to hit Cinemas on Eid-ul-Adha.

We wish the team our very best!