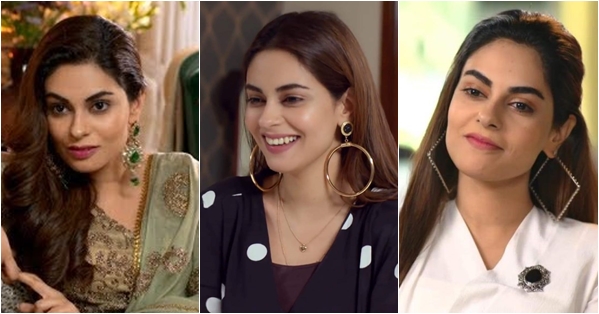 Amar Khan is a young talented actress who is taking up all the limelight these days because of her powerful and well-delivered performance in Dil-e-Gumshuda, a 7th Sky Entertainment project by Abdullah Kadwani and Asad Qureshi. The drama has come to an end but it has truly earned its place in the list of dramas that will be talked about for years because of its extraordinary storyline, amazing cast selection, and excellent buildup.

Written by Saira Arif and directed by Shaqielle Khan, Dil-e-Gumshuda is a story of 2 cousins who could have been best friends but petty jealousies and unresolved insecurities turn them against each other. Hina Altaf plays a soft-spoken, innocent, and humble Zara while Amar Khan plays a wild-child; the self-centered and outspoken Alizey.

The character of Alizey does not immediately become negative in Dil-e-Gumshuda, rather it slowly leads her to an extreme negative character as the drama progresses. Alizey is the only child of her parents which justifies her spoilt nature at the start of the drama. She has always been the center of attention and this makes her believe the world revolves around her. She gets what she wants and her parents are happy to fulfill all her desires. These later become the reasons for all her evil-doings.

Amar Khan performs all aspects of Alizey exactly as her character needed, giving a perfect blend of innocence and maliciousness. One of the challenges in playing Alizey’s role was showing a hint of innocence in all her mischievous activities, even when her actions were damaging all relations around her including herself. She starts hating Zara because her parents’ love was getting divided and as the only child, she was not accustomed to sharing.

This was an essential element in her character, as this element would justify the ending of the drama where she realizes her mistake and is forgiven by everyone around her.

She played as Alizey so well that it caused a flood of anger amongst viewers of Dil-e-Gumshuda, who started hating her with every passing episode. At the end of the drama, Alizey realizes her prejudiced behavior and regrets her mistakes. When she was forgiven in the last episode, viewers accepted the ending because of her believable remorseful acting.

Amar Khan deserves every bit of praise for creating this kind of reaction for Dil-e-Gumshuda.