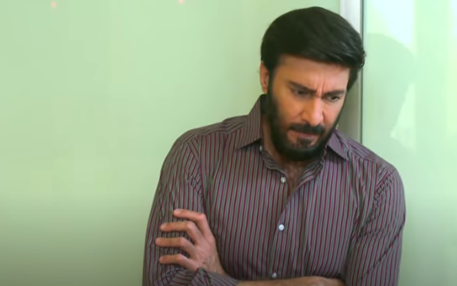 How do you judge an actor? Is it by watching their best one-off performance, or do you seek sustained excellence? For me, it’s the latter. One can luck out and deliver a stellar performance in a particular situation. A lot of temporary factors can contribute towards it. However, to sustain a high level of performance over a long period of time is the real challenge. It requires a marriage of talent with hard work.

Aijaz Aslam is one such actor who has delivered time after time. Whatever the show’s genre, whatever the format, he maintains a certain standard since his TV debut. His latest drama, Nand, is just an addition to the long list of excellent performances by the man. Playing a rather complex role of Jahangir, Aijaz Aslam has been able to make a strong impression with his earnest performance. There is no debating his prowess as an actor. But at times, even seasoned actors can just go through the motions. This isn’t the case here.

As the title of the drama reflects, Jahangir’s character is not at the forefront of the story. Instead, as a well-mannered husband of a rather cunning and dominating Gohar (Faiza Hasan), Aijaz Aslam has to be a little understated. It requires nuance and understanding to give center stage to another actor, without diminishing your own character’s importance. Thankfully, both Faiza Hasan and Aijaz Aslam know what they are doing.

Hence, the result is an intriguing and intense drama that has the audiences hooked. Every move of Gohar is viewed with a bit of anger and suspicion. At the same time, a reaction is expected from Jahangir. It would be really interesting where the story goes next, especially in terms of Jahangir’s journey. Would he take control of his life and start to write his own story? Time shall tell.