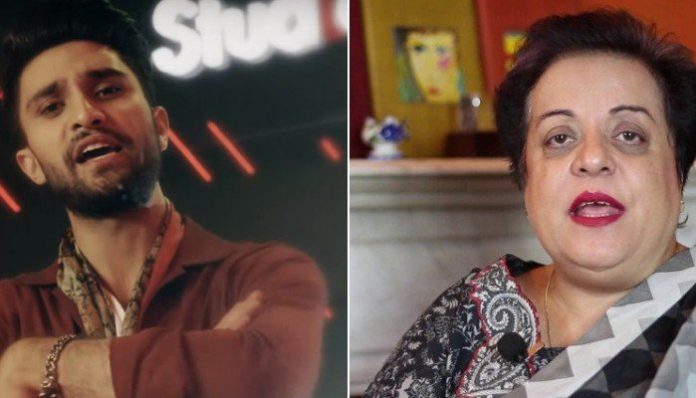 Yeah that’s right! Ahad Raza Mir has finally some statements to make towards his critics after his very disappointing performance at Coke Studio season 11.

Ahad’s cover of KoKo Korina’s remake became the internet sensation immediately after its release. The young and extremely talented actor faced loads of criticism over his singing skills not being up to par on the standards set by Coke Studio.

Ahad Raza Mir gave his debut at COKE STUDIO and Oh boy, it was an utter disaster! 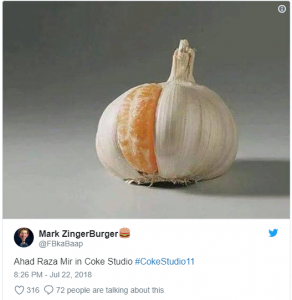 Some even went as far as to calling him a “parchi”, keeping in view the fact that Ahad is the son of the extremely famous actor Asif Raza Mir, whose brilliance at work is unparalleled. While Ahad has certainly proved his merit in acting, his inclusion in coke studio has been severely questioned and bashed about.

Things turned especially serious when Shireen Mazari, Pakistan’s minister of Human Rights tweeted about her disappointment over the song, after which a twitter fight ensued between Shireen Mazari and Momina Mustehsan, Ahad’s duet partner. And oh boy, the fight was lit! 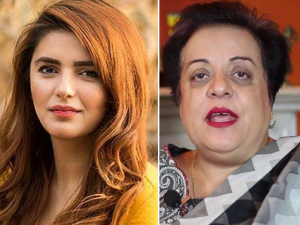 This was what Shireen Mazari posted

Horrendous! Destroyed a great classic – why oh why did Coke Studio allow such a massacre of this classic song? https://t.co/Iq5gfCPYcr

To which Momina replied:

Apologies for hurting ur sentiments. It is ur right to judge us & express ur outrage,just like it was our right to exercise our #FreedomOfExpression. As our Minister of #HumanRights, u should appreciate @cokestudio for allowing us to express ourselves, esp if it was horrendous 🙂 https://t.co/OkYdSE0jCz

And the feud turned more intense when Sajal Aly joined in and talked about stopping this hate speech. 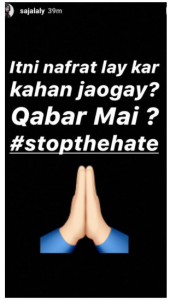 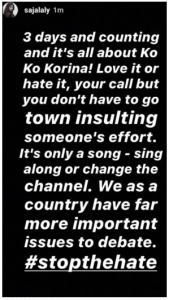 However, the interesting part is, these tweets were later deleted by Sajal, leaving us wondering what exactly happened!

Today, the hero of “Yaqeen ka Safar” finally broke his fast and confronted the situation.

So there has been a alot of talk about a certain song. So lets do just that. Talk about it.

Yes Ahad, we have all been waiting for your take on the situation!

I am honoured that I got to cover Ko Ko Korina. Some people enjoyed it and some not to so much, which is fair. Look at how we love to appreciate and criticize. It shows our nation is alive. Even after hearing the song 😉 Pun intended.

Even made fun of his own song! Thats a funny way of dealing with such a situation though!

Oh but Ahad made a point of not letting Shireen Mazari’s post go unnoticed especially after the twitter-fight between Momina and Shireen became viral. So he was quick to add:

Ms. Minister you represent a party that wants to bring change, supports youth and new ideas in Pakistan. The reach and duty of Human Rights promotes a caring approach to life. Dont "massacre" its meaning. You represent human rights in our country. Think about what that means.

Ahad Raza Mir commented about how hilarious the memes about him was. Oh they definitely kept us entertained for a long while! He went on to thank coke studio for giving a chance to new faces. Looks like Coke Studio has been doing a lot of that!

Also lets respect our artists. All of them. Everytime an artists works…they take a risk. Not for themselves…but for you. Trust me when I say we work hard for YOU. Not for ourselves. Want to critisize.. do it with love. Works better and definelty doesn't hurt as much.

Oh who wouldn’t love to be paid for listening to a song! Sounds interesting! “Pun intended”!