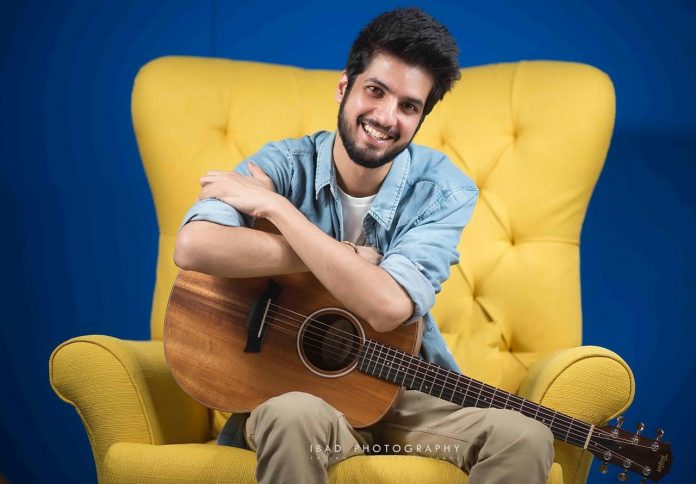 Abdullah Qureshi is a name in the music industry that is garnering some serious recognition from around the globe. He started his singing career through song covers on Youtube. Luckily, he met the eyes of talent hunters and soon got concert offers where his performance was equally breathtaking. Since then, Abdullah Qureshi has just moved up the ladders of success.

He garnered attention in Nescafe Basement Season with ‘Awaz Do’ and ‘Kitni Sadiyan’ and later went on to release his singles, including Tere Liye, Intezar, Kali Santro, and Chan Mahi. Chan Mahi became a part of one of the biggest rom-com movies of Pakistan – ‘Heer Maan Ja.’

The latest from Abdullah Qureshi is another new single dropped by the title “Aaja,” and it is a sweet, savory treat for the romantic music lovers. The concept of the song is stereotypical – A lover who is endlessly in love but suffers the pain of separation. Through his song, he is making a plea to his lover to return to him.

There is something very unique about the song that makes you want to listen to it again and again. For starters, the lyrics are phenomenal, and it is very different from the verses we hear regularly. The wording has its rhythm even if you try to sing it without music. That makes the song stand out from the rest.

Then comes the soft, coherent, and sublime kind of music to go with the lyrics. The music is equally appealing because of the use of smooth beats and beautiful rhythms. It wraps the words of the song like a sea shell wraps the pearl inside it, keeping it safe yet profound.

The video is another level of creative works. It is exceptionally executed, and it helps bring out the essence of the song. It shows clips between the couple having a rough time as they deal with unresolved issues. This would have made the song profoundly depressing to watch, but to balance this depression, the song has clips from the past where everything was all about love.

It sort of shows you the present while taking you through a nostalgic trip of love, pain, and hope. The song hits all the right chords at precisely the right places, and is definitely making it to the top of our winter playlists!

Maya Ali is Awe-Inspiring as the Fiery Sonia in ‘Jo Bichar...