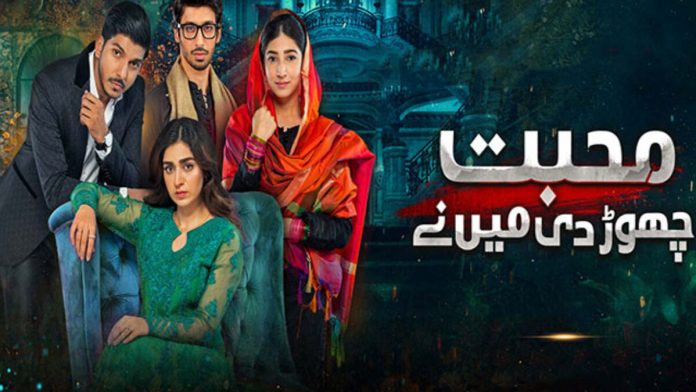 In the last episode of Chor Di Main Ne, Bazil comes to take Komal away with Hazim but she refuses to go with them. She wants to be alone and doesn’t want their help in anyway.

Komal takes up a job at her friend’s laboratory. She doesn’t care if the money is less or she will have to work twice as hard as she is used to but she says she will do whatever it takes to make it work.

Komal immerses herself in her job and works hard for herself and her daughter.

Soon, Komal is overcome with all the household expenses and yet she isn’t ready to take anyone’s help.

Komal’s friend, Anita, tells her to toughen up because the nature of Komal’s job is very demanding or she will have to talk to Umer to provide for Komal. She refuses to take Umer’s help and assures her she will work hard.

Komal proposes that the lab needs a new MRI machine and necessary equipment to be able to meet the customers’ requirements. Anita and her brother agree that Komal is right and they need to revamp.

Hazim shows up at Komal’s place and tells her that he will pick and drop Filza but she refuses to take his help and sends him away.

Komal’s mother and family show up at her place because they are worried for her. Her brother tells her he needs to go to London for their baby’s delivery so she should move back with their mother and again, Komal refuses to go with them.

Komal’s boss tells her that her proposal has been accepted and she needs to go to London to do a few courses to be able to head the MRI project.

Hazim delivers his lecture about relationships and their finite nature while Komal reminisces about her past life.

While Komal and Filza are on their way to the airport, Hazim joins them and tells them he will be traveling with them, implying that the two will end up together.

The show ended on a beautiful note about not letting things own you and how our relationships can make or break you. Abdullah Kadwani and Asad Qureshi once again did a marvelous job and the show was well received by audiences and critics alike and enjoyed a good run. The performances remained top-notch throughout the course of the show.