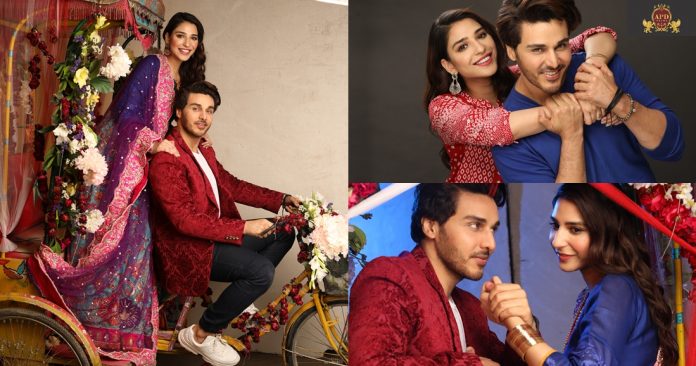 7th Sky Entertainment brings us ‘Shahrukh Ki Saaliyan’ this Ramadan- Not literally though!

Ramadan is here; and so is the best time of the year for families to gather and enjoy their favorite TV serials while having some precious family time. 7th Sky Entertainment is about to rock our TV screens once again through “Shahrukh Ki Saaliyan”. The gifted duo of Abdullah Kadwani and Asad Qureshi as producers, have promised this to be a light hearted romantic comedy, just as their recent, most popular serial ‘Romeo Weds Heer’.
The comedy serial has been written by the legendary Dr. Muhammad Younis Butt and directed by the very talented Mazhar Moin. The heartthrob of our industry, Ahsan Khan, is returning to limelight after his last aired film Chupan Chupai in 2018. We fully understand his eye for super hit projects and we don’t expect anything less this time either.
Playing against him is the most artistic emerging actress –Ramsha Khan. Ramsha is vastly admired for her recent performances in ‘Khudparast’ and ‘Kaisa Hai Naseeban’. It will be interesting to watch her in a comic role now, as it would be entirely different from her past intense and socially challenging avatars. Well, it’s good to know that the contender herself is up for the challenge; Ramsha in a recent interview stated, “I am very excited to be a part of this comedy serial because I have been playing pretty intense roles for quite a while, so maybe it’s the right time to take a leap and learn something new.” 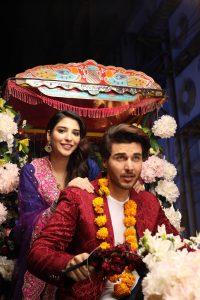 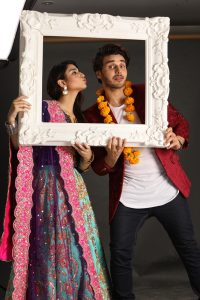 Both Ahsan and Ramsha are coming together for the first time and we can’t help but anticipate for them to bring some ROFL and LOL moments before EidulFitar. Jawed Sheikh will also be seen in the serial to spice things up. After all, does comedy even exist without the legendary Jawed Sheikh?
Only a sneak peek of the trailer is out so far, which doesn’t tell us much about the serial, but it is the OST sung by Bilal Saeed that is now en route to every playlist. Sorry Bilal, it’s our Roza and we can’t listen to it on a loop; how about after Iftar?
Watch full OST here:

Ramadan is all about light hearted TV serials, because we can’t really tolerate any more drama after Iftar in our sleepy zones. With ‘Shahrukh ki Saaliyan’ coming out, 7th Sky Entertainment surely is keeping its wonderful audience in mind, and bringing to their TV screens something to look forward to this summer.
-AAZAIN AHMED